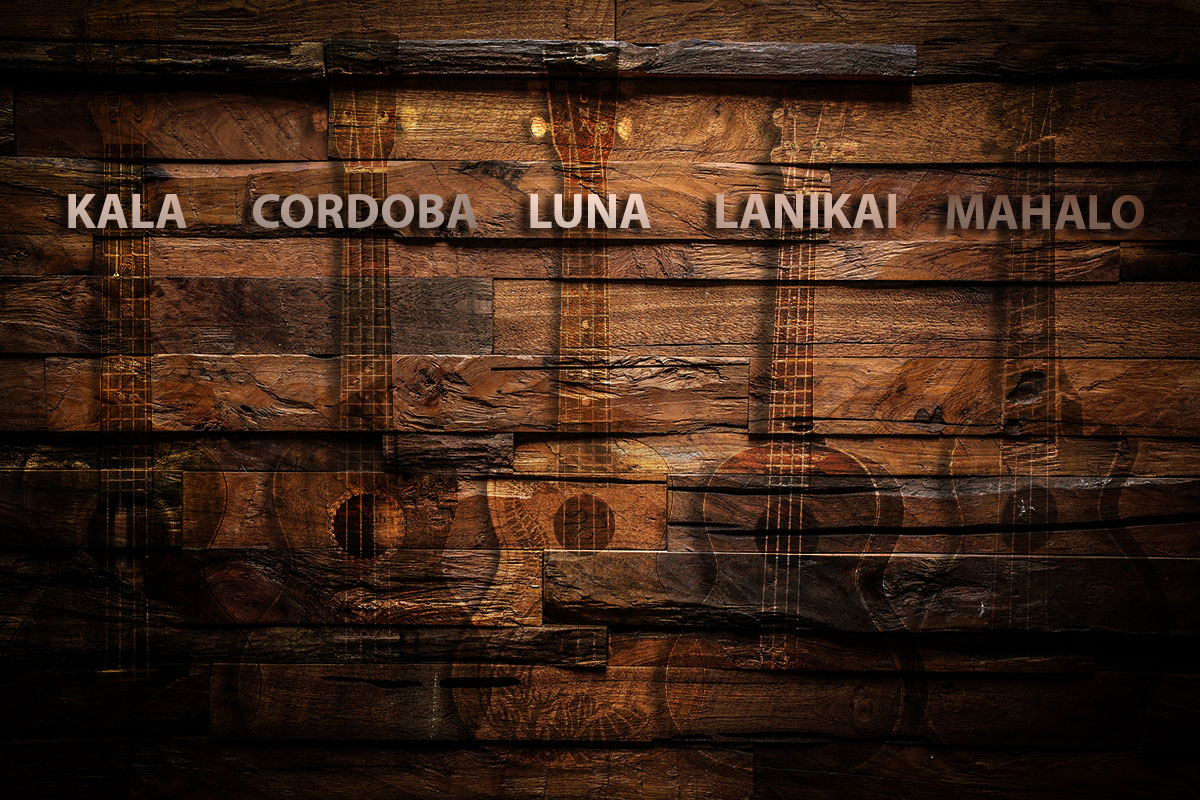 Aside from being pretty unique due to their design, ukulele is an interesting instrument for one more reason. If you give to uke builders the same materials and instructions, those instruments won’t sound the same. In other words, the brand you go with will make a significant impact on the performance of the uke.

More so than it is the case with guitars, for example. Today we are going to take you through top 5 best ukulele brands and discuss what makes them so good. Some of these names will probably be familiar, but chances are that some will be new to you. 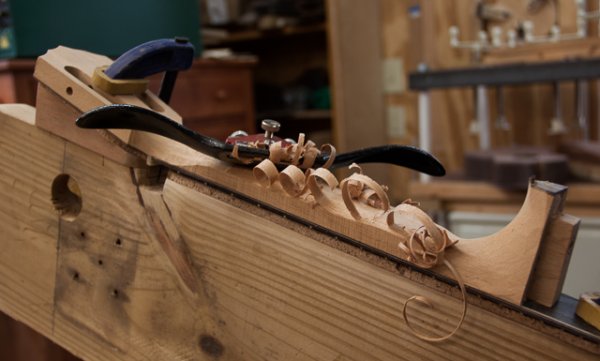 While Cordoba is not a solely ukulele focused brand. Their ideology was a good enough foundation to make them one of the best uke brands out there. The whole story starts with why Cordoba was even founded. Its owner and CEO Tim Miklaucic saw a disparity in the guitar market.

This was apparent to him even as he was growing up. All aspects of modern music were saturated with steel string acoustic guitars, which left little to no room for nylon stringed classical models. He has made it his mission to change that. 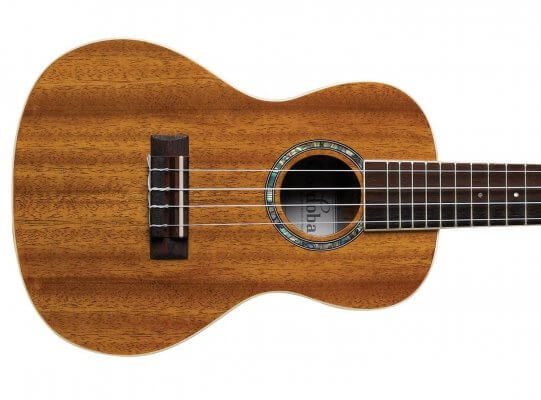 Cordoba came in as a guardian of classical sound, becoming one of the most popular brands rather quickly. They didn’t stop with nylon stringed acoustic guitars, though. No, they went on and expanded their offer to include ukuleles as well.

One thing you need to understand about Cordoba is their refusal to compromise. Their instruments, in general, are considered to be solid in every single aspect. That type of policy is something that can be seen in their ukes as well. 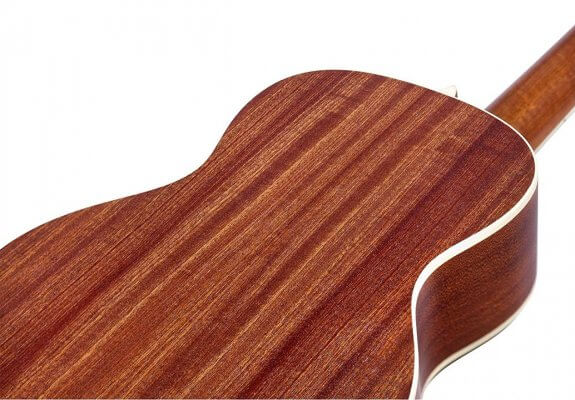 Ranging from decent mid-range models to high tier expensive ones, Cordoba’s ukuleles are known for their balance. They achieved this by using quality tonewood combined with years of experience. Cordoba’s luthiers are by far some of the best in the business.

Tim Miklaucic’s vision and drive have not only enabled him to elevate his brand, but he also attracted many talented people. Cordoba’s current team of designers, luthiers and builders are all passionate about their work. That is what makes them vigilant and their instruments so widely respected.

If you want the best a nylon stringed instrument is capable of delivering, Cordoba is one brand that can help.

Similar to Cordoba, Luna Guitars is a company that makes much more than just ukuleles. As a matter of fact, their main focus for a long time were guitars. One of the best things about Luna is their ability to offer great value for the money.

You will find ukuleles which offer just the perfect balance of tone, build quality and price. While Luna does offer top end models, their entry level and mid range ukuleles are known all around the world.

Luna was co-founded by Yvonne de Villiers, a person whose core being is all about art. She made sure that every instrument that leaves Luna’s factories, brings its user performance as well as aesthetics they deserve.

Speaking in terms of ukuleles alone, what Luna Guitars offers easily surpasses some ukulele specific brands. One simple glance at Luna’s top end line of ukes will clarify everything. Their very unique designs made them rather popular with those who seek something different.

No Luna uke is the same and they all feel like they have a distinct personality to them. Whether or not you believe instruments can have a character of their own, Luna’s ukes are quite something else.

Speaking of affordable, yet excellent ukuleles, we have to mention Lanikai. As a matter of fact, this brand is heavily influenced by Ko’olau, one of the top tier names in the industry and its owner John Kitakis.

Lanikai started out as a line of ukes belonging to a much larger company.It is only when project lead’s ideas veered off from what the management wanted, that Lanikai became a brand of its own. In those initial stages, Kitakis and a team from Ko’olau helped the newly founded brand to get on its feet.

We are talking general advice and tweaking of existing Lanikai designs. This whole enterprise has lead to Lanikai offering a pretty impressive value for the money.

Their production is mostly based on O’ahu, Hawaii. As such, they are subjected to a very strict set of rules in terms of quality control. When you are a ukulele manufacturer based in Hawaii, you sort of have an obligation to maintain a good reputation. 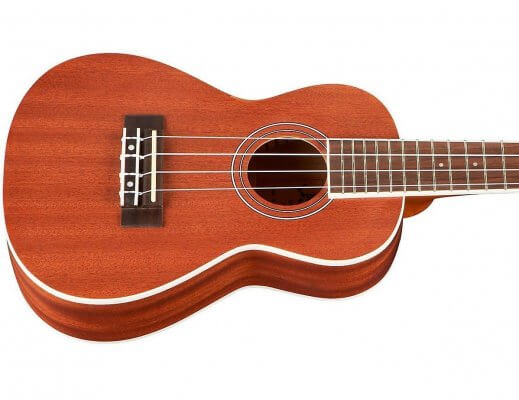 Lanikai offers a whole range of great models which cater to a variety of applications. They have high-end ukes designed for professional use, but they also have more affordable ones. Going with Lanikai is more or less a safe choice. It is worth mentioning that their cheaper models are made in China, but are still subject to Lanikai’s strict quality control standards.

Kala is another brand that is involved in the whole story so far. They are the entity Lanikai separated from. These two brands share the same factory in China, which is why many like to say there is no real difference between their ukuleles. Kala’s higher tier production is located in the United States. They are based in California.

While their vision might be different from that of Lanikai, Kala still produces some of the best ukes out there. Those which are made stateside are considered to be on par with many Hawaii-based brands.

Handmade and thoroughly inspected, Kala ukuleles standout with their incredible tone and color. Whether you are looking for well-balanced ukes or simply impressive performers, Kala has you covered.

Their story is a rather short one. The company was founded pretty recently, which makes it even more impressive how they’ve reached their current level of success. It is pretty much a known fact that Kala employs some of the best ukulele luthiers in North America.

On top of that, their design teams have a rich history with this instrument. The result of having skilled professionals and dedicated designers in your team are ukes that push the limit. 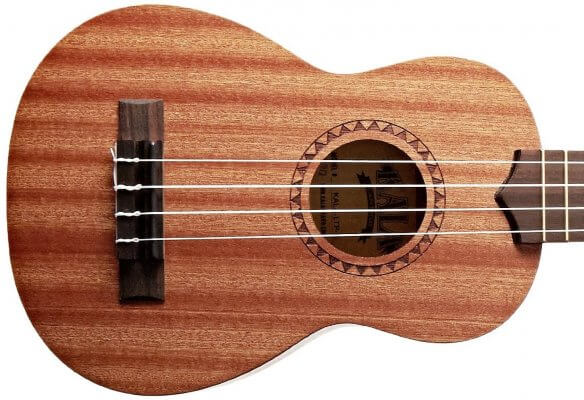 Many are wondering should they even consider Kala since you can get a true Hawaiian uke for a similar amount of money. Answering this question comes down to personal taste for the most part. It is fair to say that Kala’s ukes have a pretty specific tone compared to other brands.

Some players will like it, others won’t. In the end, it is not a question of which one is better, but which one fits your needs.

The last brand we want to mention is Mahalo. In many ways, Mahalo is a very peculiar ukulele manufacturer. They based in Japan, while most of their products are made in either China or Indonesia. However, this company is thriving simply because there is a need for quality entry level ukes.

Even though their lineup of models is always rich, Mahalo is best known for more affordable instruments. Designing and manufacturing cheap ukes is a pretty hard task on its own. With top tier hand made ones, you at least have an explanation for a higher price tag. That is not the case with cheaper ukes.

The reason why Mahalo is on this list and why they are one of the top brands in the world is pure bang for the buck value they offer. They have very strict standards which all of their factories in China and Indonesia have to abide by. Quality control is what Mahalo is all about.

Even though their ukuleles might not be the best sounding ones out there, you’re guaranteed a certain level of quality. When you are just a beginner who is looking for their first uke, a brand like Mahalo offers a safe heaven. 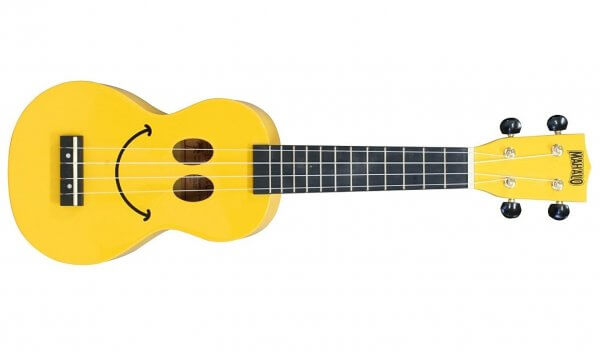 We will go as far as to say that their ukes are a good choice even for intermediate players. The quality of sound you can expect is well within what is required on that skill level.

These five brands are by far among the best in the world. Now, there are much more uke manufacturers out there. Because of that, our selection won’t always match that of other uke aficionados. We wanted to give you a cross-section of what is available today.

From top end models to affordable, entry level ones, these ukulele brands will offer a great solution.   Once again, finding the ukulele that fits you the best is going to depend on your style and personal preference. Figuring this out is often going to require some experimentation.

Because of that, don’t be discouraged if something that works for others simply doesn’t work for you. Given enough time, you will find that one uke that is like made for you.

The ukulele is a perfect fit for the beginner and the expert musician alike. So, we started this website for long-time fans of the uke as well as those who want to learn more about it. We want to inspire others to pick up this instrument and to learn about its rich history. On our site you will find many articles, reviews, and other media all exploring the wide world of the ukulele.

We are a participant in the Amazon Services LLC Associates Program, an affiliate advertising program designed to provide a means for us to earn fees by linking to Amazon.com and affiliated sites.

Amazon and the Amazon logo are trademarks of Amazon.com, Inc. or its affiliates.

Top class Ukuleles that you can afford